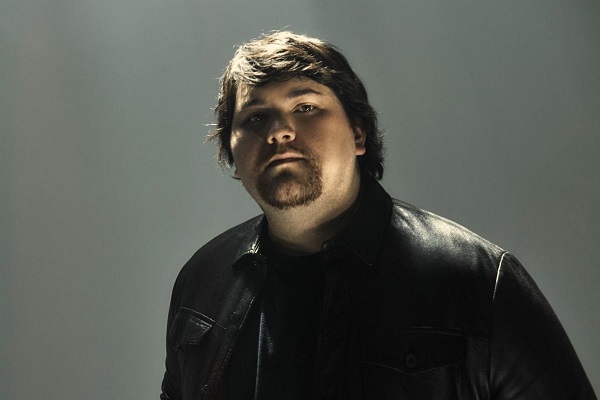 Mammoth WVH, the band spearheaded by the talented Wolfgang Van Halen, released their debut album last month. It was a highly-anticipated release, as Wolfgang is one of rock’s most promising rising stars, and the self-titled set delivers with a collection of imaginative rock songs that would make Wolfgang’s father, the late Eddie Van Halen, proud.

Wolfgang joined Anne Erickson of Audio Ink Radio to discuss Mammoth WVH’s long-awaited debut, why he’s excited to tour with Guns N’ Roses last this year, memories of his father and more. Read the Wolfgang Van Halen interview below, listen via the YouTube player and hear it via the Audio Ink Radio show on Apple Podcasts here and Spotify here.

Anne Erickson: Congratulations on your new record with Mammoth WVH, your self-titled debut. People have been waiting for this record for a long time. How does it feel to finally be in the home stretch?

Wolfgang Van Halen: It’s very exciting. It’s been such a long time coming, and to finally be this close, it’s crazy.

One thing that really caught my attention is the success of lead single, “Distance.” It went to No. 1 on rock radio back in March, and “Don’t Back Down” is also climbing the charts. What do you think it is about “Distance” that really struck a chord with people?

I certainly couldn’t have seen it coming. That really surprised me. I think maybe “Distance” just kind of gave people an outlet, in terms of how awful the past year has been. But, for “Don’t Back Down,” I really don’t know. Everybody’s been so receptive. It’s really surprised me in a good way, of course.

“Distance” is such a personal track. It’s about your father, the late Eddie Van Halen, who everyone loves. Was it difficult to open up in your music, or were you fearless about it?

Considering that this is all me, I guess I just kind of went all in and just put my entire self into it. So, I think that’s why the personal vibe really kind of comes out, because it’s truly me, 100%.

What’s the writing process like when you’re writing lyrics?

That was the toughest thing for me to figure out, Usually, it starts with a melody that I get comfortable with, and kind of the tone of the song is what carries me into writing the lyrics. So, the music always dictates everything first for me. But, I do like to put the lyrics in a perspective that anyone can take their own meaning from it. So, it’s not so personal that you can’t really relate.

Did your father encourage you to do music? Some parents in the arts don’t want their kids to go into it, but others really encourage it.

He was super encouraging, and not in like a forcing-me-to-do-it way. He just saw that I had affinity for it and encouraged it.

Was there a moment when you felt like your dad was loving what you were doing musically? Like, “Yes! I finally impressed him!”

I mean, he was a very impressed father. He cheered me on in everything, from me playing soccer to, gosh, this one time where I threw a pumpkin at a teacher who was mean to me in kindergarten, he told me to not miss the next time! (Laughs) It was one of those little pumpkins. It wasn’t a big one. But, he just cheered me on in literally everything, and he couldn’t have been happier with the music. He was the only other person who had all the ideas on his phone, other than me. He even had stuff that kind of hit the cutting room floor that’ll probably show up on another album or something. So, he was definitely the proudest parent.

He would be so proud of what you’re doing right now with the new music.

Oh, thank you. Yeah. I wish he was here to see everything.

It’s so awesome that you’re going to be opening on Guns N’ Roses’ upcoming tour. What are you most excited about?

It’s insane. Like, I can’t believe- it’s the highest honor that they thought of us and want to take us out. I can’t believe it. I mean, I was excited, in general, just to go on tour, but to take part in this, it’s a whole other thing. I’m blown away.

Do you know the guys of Guns N’ Roses personally at all?

Yeah. I’m on buds with Slash, and I’ve met Duff (McKagan) on occasion. I’ve heard nothing but great things. So, I’m very excited.

How did you find out that you had the gig?

Management had kind of said that it was a possibility, because they were interested, and of course it just seemed like way too pie-in-the-sky. So, I was just like, “Okay, I’m just going to let my hopes down early, because there’s no way it will happen.” And then, they called me and were like, “Hey, it looks like it’s going to happen.” I still can’t believe it.

I haven’t! I’ve seen Slash, because I’m good friends with Myles, and Frank is in my band, too. But, I’ve yet to see Guns So, I’m very excited just as a fan to be able to see them.

Do you have a favorite Guns N’ Roses song?

Oh, man! That’s a tall ask. I think just “Appetite (for Destruction),” just front to back is one of the best.

You can’t go wrong with “Appetite.” You’ve already done a ton of cool things with your press run, including Howard Stern and network TV. What’s been your favorite experience, so far, aside from, of course, appearing on the Audio Ink Radio show!

At the risk of sucking up and saying this (laughs), I think it was really fun to do “Kimmel,” because the last time I played it was with my father, and we did it on Hollywood Boulevard, and it was a really crazy memory for me. So, to return and kind of play a song for him felt really nice. It’s really special for me.

Do you have a favorite track off the new record- one that you can’t wait to perform live?

It’s tough, because it’s like picking kids, but I’m really excited for people to hear “Stone.”

“Stone” is actually my favorite track off the new record.

Awesome! Yeah, I’m really excited to see how we could translate that live. It was really fun to make an epic, longer song, and I think it’s a vibe that people haven’t heard yet with any of the tracks out. So, I think it might surprise some people.

Are you already thinking ahead to a follow-up? This isn’t your only release with Mammoth WVH, correct?

Oh, no. This is what I plan on doing. Tons of ideas hit the cutting room floor that I’d like to return to, that I’m sure will show up on the next few albums. I’ve already written so many ideas in the past year on lockdown that I’m itching to get back in the studio.

Musically, is there some best advice that your father gave to you at some point or something that you learned from him that you have really used with your music?

I mean, overall, just to have a good time and to not take anything too seriously. But, one piece of advice, (and) it’s a bit of a joke, but his father would tell him, and he would tell me, “If you ever make a mistake, do it twice, so the audience thinks you meant to do it.”

I love your social media accounts, because you’re just so real. How do you use social media to connect with people?

I think it’s really fun. I mean, the app kind of allows you to say anything at any time and connect to anyone. So, when I use the app as intended, some people are like, “Why are you doing this,” and it’s like, because I can, and it’s fun. I don’t know! I just find a way to enjoy myself, and I just have a good time.

Do you have a favorite Van Halen song?

That is a tough question. I think that the closest I can narrow it for that question is in the Roth era, “Fair Warning” and “1984” are the albums that I lean to, and in the Hagar era, “For Unlawful Carnal Knowledge” and “Balance” are the albums that I lean towards. Not that I don’t like the others, because they’re all amazing in their own ways, but that’s about as tightly as I can close it for you.

That’s awesome. What do you miss most about your dad?

Just hanging out with him. It’s not even like a musical thing. Just being able to sit next to him on the couch and talk to him about my day and stuff like that. The small stuff.

Even though you’re young, you’ve experienced different eras of music because of your family. What are your thoughts on the state of rock music today?

I mean, I think things could always be better. It’s certainly not the star child in music right now, but I think it’s got its place, and it certainly has the opportunity to rise back up again and then share the stage.

It’ll definitely take a lot of time, but I think it’s a good start. I’m really excited to see how it starts going, but it’ll definitely be a long process, I think.

Let me ask one more question about the Guns N’ Roses tour, because that’s such great news. What are you most excited about when it comes to being on the road with those guys and playing to the massive crowds?

It’s just an honor. I don’t know. I’m very nervous, but I’m also incredibly excited. For them to think of us is an incredible gesture, and I’m honored, and I’m very excited.

Do you think that you’ll jam on stage with them a little at shows?

Oh, man, that would be insane. That’s not even something I thought about. So, now I’m even more nervous!

Aside from Guns N’ Roses, are there any other bands you’d like to tour with that you think would be a good fit for the band?

Well, this was one of the tall dream things. Reaching up that tall again would be Foo Fighters of AC/DC or something like that.