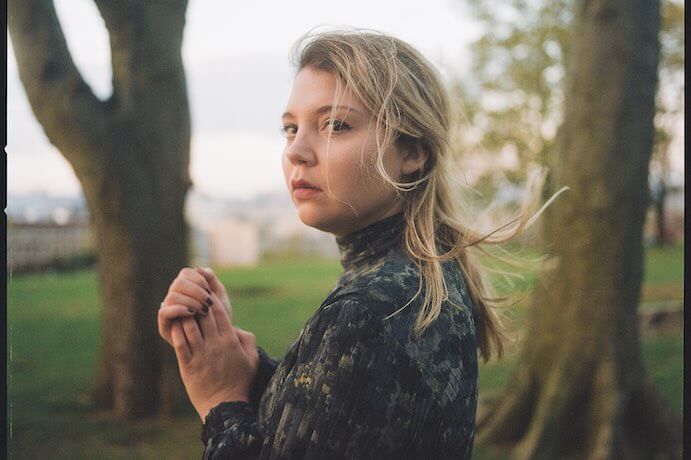 ACF | create is an evolution of the Jerome Fund for New Music (JFund), which started in 1979. The program supports the creation, presentation, and subsequent life of a new work. Five awards of $11,000 each include $8,000 toward the commission and $3,000 for production and promotion support. Through this program, ACF has helped support hundreds of new works, including recent collaborations with Anaïs Maviel and The Rhythm Method, PaviElle French and The Saint Paul Chamber Orchestra, Felipe Nieto and Quinteto Latino, and Walken Schweigert and Philadelphia Community Farm.

The Minnesota Music Creator Awards (MMCA) — formerly Minnesota Emerging Composer Awards (MECA) — offer support to Minnesota-based makers of original music who might not otherwise apply to ACF programs. This award offers $3,000 in funding support to four risk-taking and unique music creators who would benefit from the acknowledgement and visibility. Past recipients have leveraged this award to create new works, support live performance, record their music, and design new instruments.

“ACF provides direct funding and mentorship to a broad and diverse field of music creators, highlighting those who have been historically excluded from participation,” shared Billy Lackey, ACF’s Vice President of Artist Services. “To do so, we must build deep connections with artists and continually review and make changes to our application and curatorial processes to reflect various methods of creating music today. An important discovery this year was the need to explicitly state that ACF is intentional in our interchangeable use of the terms ‘artist,’ ‘music creator,’ and ‘composer,’ as we recognize that not everyone identifies by one of these terms. This year’s cohort of amazing awardees reflects this intentionality.”

About the ACF | create award recipients Sonya Belaya is a Russian-American pianist, singer, composer, and improviser, who divides her time between Michigan and New York. Committed to multiplicity, she is a diverse music-maker invested in vulnerable art and the development of intimate, meaningful collaborations. Her work explores the integration of women’s trauma and the immigrant experience as musical narrative by centering power-sharing and storytelling as a symbol of powerful vulnerability. Sonya was a 2020-2021 Resident Artist at Roulette Intermedium, made possible by the Jerome Foundation. During her time as Resident Artist, she produced two multidisciplinary works, “Three Sisters” and “Cognitive Distortions, Ancestral Patterns.”

Sonya’s lead project is “Dacha,” an octet flowing freely through influences of creative music, jazz, folk, and contemporary music. The ensemble seeks to preserve and re-contextualize the ancestral memories of Russian folk & bard traditions. Consisting of musicians from diverse music backgrounds, the project uses storytelling and improvisation as a governing principle to transcend these differences for deeper musical dialogue. Dacha was born out of a necessity to find a sense of home and belonging, when Belaya’s mother went missing in 2014. This resulted in the first project, “Songs My Mother Taught Me,” a five-song cycle released in May 2019. Belaya released a second album with the ensemble, “Dacha: Live at Roulette,” in September 2020. Recent compositions by Pablo Santiago Chin draw inspiration from the narratives of film and literature, phonetic structures in text, and the use of idiosyncratic transcription and conversion methods that enable imaginative exploration of pre-existent musics. His works have been performed in South, Central, and North America, in Israel, Hong Kon,g and in Europe by artists like Ensemble Recherche, International Contemporary Ensemble (ICE), Ensemble Dal Niente, and others. A Costa Rican native, he earned a DMA in composition at Northwestern University. Chin is co-founder and artistic director of the Fonema Consort and teaches at Montclair State University in New Jersey and the Longy School of Music of Bard College. Renée Copeland–Photo courtesy of the artist

Renée Copeland is a self-taught multi-instrumentalist, songwriter, and composer nurtured by stolen land of the Dakota Oyate in rural southeast Minnesota. With her decade-long career as a dancer and choreographer, she is devoted to supporting storytelling and dance through her sound designs. She premiered her first 90-minute composition for Ananya Dance Theatre’s 2019 premiere of Sutrajāl at the O’Shaugnessy Theater in St. Paul. That same year, she began training in her ancestral Sicilian musical folk traditions with tamburello player Pasqualino Cacciola and singer Simona DiGregorio, continuing vocal training and drum technique with Julia Patinella and Alessandra Belloni respectively in the States. In 2020, she produced a 16-minute experimental dance film titled CLOSE with her performance duo, Hiponymous. Their second film, BACK UP, is due to release May 2022. She is a founding member and sound collaborator for BRKFST Dance Company since 2014. Her conceptual and aesthetic values manifest in interdisciplinary and intercultural collaborations, producing music ranging from sparse abstractions to thickly-layered textures that revel in simultaneity. Vicente Hansen Atria (b. Santiago, Chile) is a Brooklyn-based composer and drummer. His music riffs on a wide range of idioms, from Renaissance dances to Korean sanjo, creating lucid, futuristic sonic worlds. Past, recent, and ongoing collaborators include Sun Ra Arkestra, Jay Campbell, Wet Ink, gamin, Matthew Welch, Yarn/Wire, Jack Quartet, Bozzini Quartet, International Contemporary Ensemble, and TAK. As an improviser and composer, his music has been showcased at a wide variety of venues, such as The Shed (NYC), The Stone (NYC), Dizzy’s Club at JALC (NYC), Jazz Standard (NYC), DiMenna Center for Classical Music (NYC), Sala SCD (Santiago, Chile), Bimhuis (Amsterdam), Symphony Space (NYC), Miller Theatre (NYC), L’Auditori (Barcelona), Tempo Rubato (Australia), among others. In 2019, he was commissioned to participate in The Shed’s Open Call series, for which he co-wrote an evening-length piece for bagpipes, taepyeongso, and custom 3D-printed instruments with Mat Muntz. He is currently pursuing a DMA at Columbia University, where he has studied with Fred Lerdahl, Georg Haas, and George Lewis. Vicente is currently leading chamber-folk septet Orlando Furioso, as well as performing with collaborative trio Family Plan, and designing instruments with Mat Muntz for The Vex Collection, an alt-historical ensemble. Alicia Waller is a versatile vocal composer whose vision is to inspire meaningful cultural exchange through music. With a background as an operatic soprano, Alicia has since focused on soul music and the African diaspora as the foundation for her EP Some Hidden Treasure, released in February 2020. Her voice and sound have been hailed as “flexible and virtuosic,” as well as “splendid and luminous.”

Waller’s work and process were recently featured in the documentary short What Moves You by SkyHour. She seeks to create immersive performances that highlight the depth of the human experience.  Highlights include Rockwood Music Hall, the Nuyorican, Opera Exposures at Snug Harbor Concert Hall, Gallatin Arts Festival, Martina Arroyo Foundation, Gramercy Opera, Strathmore Music Hall, Maryland Opera Studio, and the Kennedy Center. She received her undergraduate degree in vocal performance from the University of Maryland at College Park and graduate degree from the Gallatin School for Individualized Study at New York University. Awards include UMEZ Arts Engagement, Lower Manhattan Community Council, and Léo Bronstein Homage Award. She is a 2021 finalist for the Jerome Hill Artist Fellowship. Liz Draper, classically and jazz-trained versatile bassist, has performed, recorded, and/or toured internationally with such groups as the Grammy Award-winning Okee Dokee Brothers, Soul Asylum, Low, Charlie Parr, The Rose Ensemble, Ben Weaver, Orkestar Bez Ime, and Davina and the Vagabonds and The Cactus Blossoms. A professional musician since age 16, Liz has performed in an astonishing array of musical genres and ensembles, from jazz and classical to folk, metal, improvisational, experimental, Balkan, and chamber strings.

Liz has been transitioning from being known as a “gigging side-woman” to being recognized for her original work, venturing into the realm of a composer and soloist. In May 2020, Liz released her first solo EP, “Hours,” in which she composed and performed a collection of classicalfolkdoomjazz pieces for the upright bass. Liz holds a Bachelor of Music in Double Bass Performance from the University of Minnesota and has studied at The School For Improvised Music in Brooklyn, New York. She was awarded a 2019 residency through Giant Steps Music Action Women, a partnership with the University of San Francisco. Suzy Johnson has been a choral conductor and music educator for more than 25 years. In 1996, she founded a children’s choir program, RAACHE Choirs, that has grown from one to four choirs, and serves as both artistic director and an ensemble conductor. More recently, her passion to use music to tangibly improve people’s lives led her to join the team that founded Resounding Voices in Rochester, MN, a chorus for individuals with memory impairment or dementia and their support partners. As artistic director and conductor for this choir, she has the opportunity to empower her singers to prove to themselves and others that they can continue to be involved in the community and achieve a higher quality of life through the power of music and singing.  Suzy began composing and arranging songs four years ago, drawing on her years of choral experience to create music that brings joy to singers of all ages. She also plays trumpet and enjoys performing locally and teaching students in her private studio. Ryann Daisy Swimmer is an American composer, performer, and curator from Minneapolis, Minnesota, whose musical ethos focuses on the in-between, the blurred lines, and the insignificant. As a composer, Swimmer brings her knowledge of theory-heavy composition and instinctive popular music together to create music that could be categorized as classically-influenced experimental music, “indie-classical,” or something else entirely.

The same philosophy is used in her curation and performing, which focus heavily on DIY aesthetics. Performances of her works for guitar and pedalboard are more suited for basements, living rooms, and guerrilla shows than traditional concert halls. In April 2021, Swimmer teamed up with experimental record label, Corrector Records, to release the mixtape IMPOSSIBLE MUSICS which features local composers redefining what electro-acoustic truly means and conceptualizes the possibilities of music without human limitations. Kevin Phoojywg Xiong is a queer Hmong-American artist, songwriter, and sound engineer based in St. Paul. He is currently working at the MacPhail Center for Music in the School Partnerships department, teaching vocals, songwriting, and composition. He also has mixing and composition credits on the 2020 hit song “Dab Ntub Hlub” (5.7+ million views). When he’s not working on music, he is making comedic skits and parodies with his Hmong-American content creating group HAIB. Kevin hopes to bring forth more LGTBQ+ representation by creating dialogue to share and express his love for his communities in an entertaining and engaging way. You can find him on YouTube under the name: Your Friend, Kevin.

ABOUT THE JEROME FOUNDATION

The Jerome Foundation, founded in 1964 by artist and philanthropist Jerome Hill (1905-1972), honors his legacy through multi-year grants to support the creation, development, and presentation of new works by early career artists.

The Foundation makes grants to vocational early career artists, and those nonprofit arts organizations that serve them, in all disciplines in the state of Minnesota and the five boroughs of New York City. For further information, visit https://www.jeromefdn.org/

ACF supports and advocates for individuals and groups creating music today by demonstrating the vitality and relevance of their art. We connect artists with collaborators, organizations, audiences, and resources. Through storytelling, publications, recordings, hosted gatherings, and industry leadership, we activate equitable opportunities for artists. We provide direct funding and mentorship to a broad and diverse field of music creators, highlighting those who have been historically excluded from participation.

Founded in 1973 by composers Libby Larsen and Stephen Paulus as the Minnesota Composers Forum, the organization continues to invest in its Minnesota home while connecting artists and advocates across the United States, its territories, and beyond. ACF frames our work with a focus on racial equity and includes within that scope, but does not limit to: diverse gender identities, musical approaches and perspectives, religions, ages, (dis)abilities, cultures, backgrounds, sexual orientations, and broad definitions of being “American.” Visit www.composersforum.org for more information.