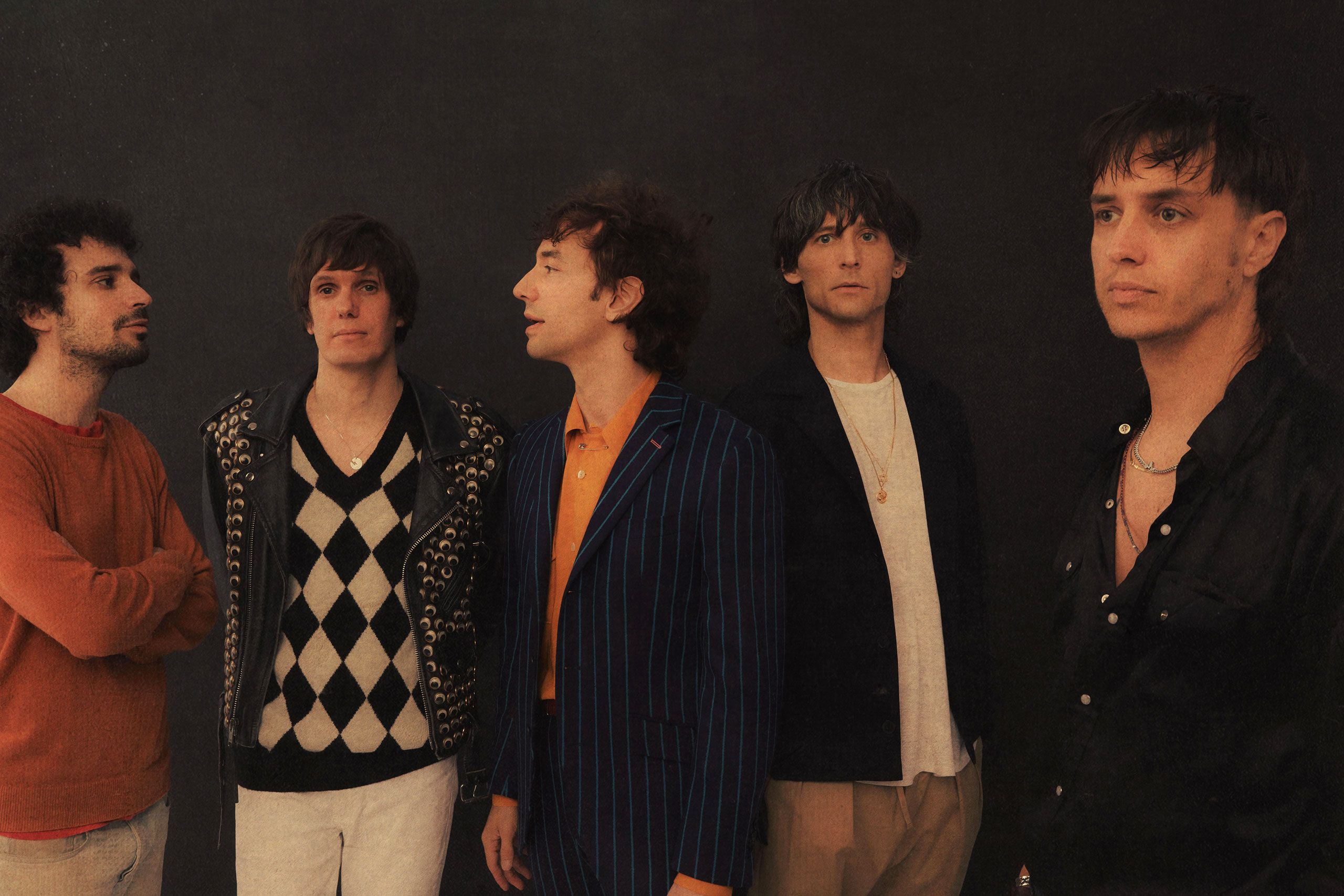 Ahead of their return to the UK at Slam Dunk Festival, Alkaline Trio‘s Matt Skiba has spoken about how their new material is being inspired by The Strokes – as well as how how balances his life with Blink-182.

Taking place early in September, Slam Dunk Festival will be Alkaline Trio’s first shows since COVID-19 put a pause on live music. As you’d expect, the frontman said he was “really excited to be starting things up again” especially as punk festivals like Slam Dunk “feel like home. It’s always nice to know you’re amongst your own people”.

This year also marks the 20th anniversary of the band’s breakthrough third album ‘From Here To Infirmary’, and the band will definitely be celebrating. “We’re all romantic and nostalgic so I’m sure we’ll be acknowledging that with the song choices in our set,” Skiba told NME.

As for the rest of the set, he admitted: “Our goal, and hopefully the goal of any live act, is to please the audience. We want to be the best band you see that evening”. Instead of reverting back to what they were playing pre-pandemic, Skiba said that Trio will “pull the set apart and put it back together as something that’s not unfamiliar but feels fresh”.

He also revealed that there could be the chance to hear something new as well.

There was a five-year-gap between Alkaline Trio’s eighth album ‘My Shame Is True’ and 2018’s ‘Is This Thing Cursed?’ because Skiba had joined Blink-182 on guitar and vocals, following the departure of Tom DeLonge. However, they’ve already followed up ‘Cursed’ with a three-track EP – 2020’s imaginatively titled ‘EP’, which is “hopefully a taste of what’s to come”.

Asked if there would be any new music out before Slam Dunk, Skiba told us that “yhere might be, it’s a real possibility because we’ve got some time,” revealing that he had written “a dozen new songs that I’m pleased with” for their 10th album.

“There have been a couple of magic moments where it feels like a new song is the best thing we’ve ever done,” he admitted. “I think ‘Cursed’ is a great record but the next one will be our best”.

While ‘Is This Thing Cursed?’ was written about “having such a disgraceful thing in The White House”, Skiba said that he was at least thankful that it felt like “Trump against the world, not Trump’s America. The whole world realised that by-and-large, most Americans were not pleased that that thing was president.”

He continued: “I’m not writing about the Biden Administration. He might be half-drunk and sleep through almost everything but at least he’s not stoking the flames of hatred and division. There’s always a girl to write about though.”

As for the sound of the new material, Skiba said: “Recently started to take inspiration from The Strokes.

“There’s a lot of really cool stuff on that latest record (2020’s ‘The New Abnormal’) and when I’m just tinkering around the guitar, I catch myself referencing it. There’s some mid-tempo songs that may or may not be on the new Trio record that were definitely inspired by The Strokes.”

Ten albums in though, Skiba isn’t feeling the pressure. “As long as you’re doing things that are honest or from the heart, even if they’re goofy or horrible, you don’t have anything to prove,” he told NME.

Skiba said that he has now found a balance between creating for Blink and writing for Trio.

“In the beginning, I would come in with song ideas but we all soon realised they just sounded like Alkaline Trio songs,” he said. “It’s my songwriting, so of course it was going to sound like Trio. Occasionally, I’ll now come in with a guitar part or a bunch of lyrics but never a complete idea. Songs become Blink when it’s the three of us writing together.”

At first Skiba got a lot of hate for stepping into DeLonge’s shoes, but “it only lasted until we started playing shows.”

“I don’t spend a whole lot of time online looking at what people think but when I first started playing with Blink, I was curious about what people thought, what could be better and if it was all a terrible idea,” he said. “I said to Mark and Travis, ‘I’m really flattered but you guys are crazy if you think this is going to work’. But I figured if I had their approval and confidence, I guess I’m the right guy for the job.”

He went on: “The overwhelming amount of support and graciousness the fans have shown me overpowers any hate or shit-talking. It feels like our band – Mark, Travis, me and the fans. It’s not the same band without Tom but it has the same name, and I think there’s a good reason for that.”

After Slam Dunk, Alkaline Trio are heading out on tour across America with Bad Religion. Skiba said that the punk icons’ 1988 record ‘Suffer’ was “one of those records that felt like it was made just for me” and over the years they’ve become really good friends. “Brain Baker [guitarist] and I are already talking about getting matching trench coats for the tour,” said Skiba. “They’re our heroes and our big brothers, so we’re really stoked to go on tour with them”.

Joining them on the bill will be Baltimore hardcore punks War On Women. Skiba told NME that Trio usually take bands out with them that have women in them “just because we happen to be fans of them. If there’s any sort of political angle, it’s about making rock and roll less of a boys club.”

The frontman also been using his Instagram page of late to voice his support for the LGTBQ+ community. “It’s common sense,” he said of his reasons for speaking up. “I’m pro love, and I hate blind, ignorant hatred.

“It boils my blood. When people are showing that amount of hate for a group of people, it’s important to step up and show them the same amount of love.”