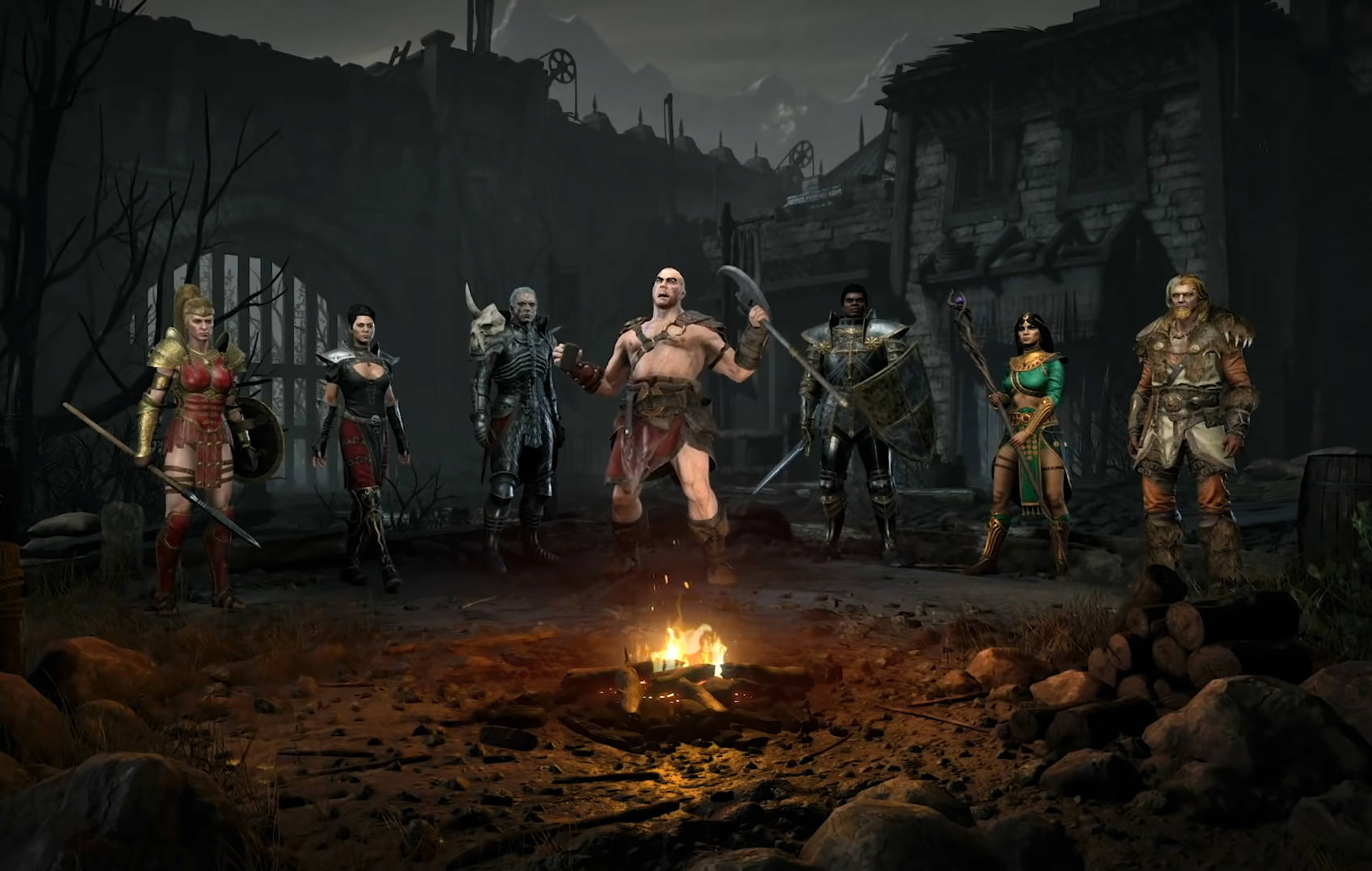 It’s hard to review Diablo 2: Resurrected without the huge caveat that this is, barring the shiny new graphics and a few enhanced accessibility options, nearly exactly the same game as Diablo 2, which was released 21 years ago. You could say that of any remaster, but here it seems to be a point of pride. There’s no new stuff here, just the stuff you liked that last time. Shinier.

For the uninitiated, Diablo 2 is pretty much the original dungeon crawler, building on the foundations of the first game and just turning players loose to level up and haul out loot. For years it was the king atop the action RPG throne, and while its reign is now over – helped in no small part by the disappointing Diablo 3 – there’s a good chance that you’ve played several games that it directly influenced. Take away Diablo 2 and there would be no Borderlands, no Destiny, no The Divison. It’s a part of history.

Thing is, Diablo 2 came out in June 2000. I got a copy just after my 11th birthday and I played the shit out of it. I spent nearly that entire summer in the corner of my kitchen playing it. When we got a good enough internet connection – and I got smarter at sneaking downstairs after dark to use the phoneline for internet access without being detected – I spent a lot of time playing online, too, collecting ears and being an edgelord in text chat until the early hours of the morning.

As a result I have fond memories of the game, and so Diablo 2: Resurrected feels like a homecoming for me. It’s hard to play the game and feel unbiased, because I remember how much I enjoyed it growing up. But, I have found there are several sharp edges to the game that design these days has sanded down: a death in Diablo 2: Resurrected means dropping all of your gear where you fell and respawning naked in town, ready to make a treacherous corpse run to get your stuff back. You can die again during this time, and if you’re one of the classes that relies on your gear to actually do anything, you’ll get beaten up a few times if you’re not smart.

These corpse runs are a breeze if, like me, you play a Sorcerer or Necromancer and rely on either spells or pets for damage rather than a huge sword and a bit of platemail. This might not feel fair, but it’s emblematic of Diablo 2’s approach: the game won’t hold your hand, doesn’t care about balance and largely just leaves you to work things out. Compared to Path of Exile, the free-to-play dungeon crawler that is king of the genre these days, Diablo 2: Resurrected will likely feel tougher to get to grips with, and in some places more frustrating.

But you have to appreciate the detail they’ve put into the recreation: every Ice Bolt is agonisingly sluggish, the Necromancer’s skeletons still have that weird Ray Harryhausen look as they move, like they’ve been brought to life not by foul magicks, but stop motion.

If for some reason you hate being able to see your character in puddles or things looking next gen, you can turn on the graphics from Diablo 2 itself, although really, Resurrected developers Vicarious Visions has done a good job of tastefully updating the game’s aesthetics. It’s hard not to see this becoming the definitive version of game, despite the inevitable grouching by die-hard fans.

They’ve also recreated the compelling loop of grabbing you for that one more dungeon feeling, with progress dripping through at just the right pace to keep you entertained, but also making you feel like you have to work for it. Later in the game, you’ll be sidestepping scary monsters and trying in vain to optimise your build so you can kick out even more damage, sheer aggression being the only thing that stops you getting swamped and massacred by the crowds of monsters. Or you’ll be playing a Necromancer and letting your skeleton mages do the work. Who can say.

However, it still plays like a dinosaur in the modern day. It’s hard to mark it down for that – and indeed the four star score I’ve slapped on it is probably what I would put onto the original Diablo 2 – but I’m interested to see how modern audience react, especially those that play the game for the first time on consoles, where interactions aren’t great. You pick things up with X, but X is also one of your hotkeys for abilities, so you’ll be trying to whack someone over the head while also accidentally picking up all of the crap on the ground like a big loot hoover.

So, Diablo 2: Resurrected then, same as Diablo 2. Which is good, but unlikely to surprise anyone.

Diablo 2: Resurrected is out now for PlayStation 4, PlayStation 5, Xbox One, Nintendo Switch and PC. We played it on PS5 and PC, but this review is for the PS5 version.

A stunning recreation of Diablo 2, this will be essential for gamers of a certain age, while the uninitiated will probably get more of a kick out of it as a game design time capsule than a series contender in the sea of live games vying for their attention. If nothing else, Diablo 2 Resurrected is the definitive version of a classic.