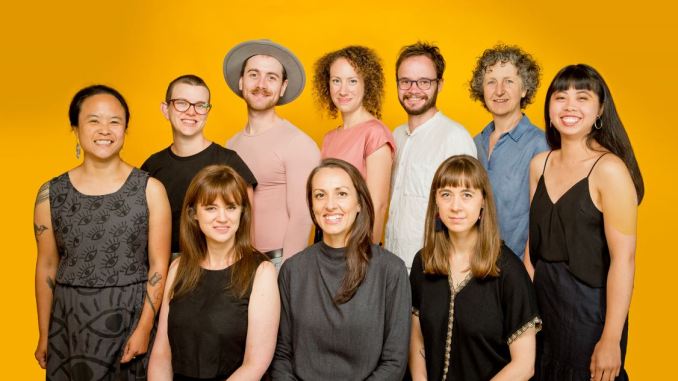 When Melbourne-based contemporary classical music collective Forest Collective announced its diverse 2021 program, I was very curious about — and a little bit excited for — one particular performance: Asia in Focus.

Being half-Singaporean, and having spend part of my childhood there, I have been interested in the representation of South-East Asia — and especially Singapore — in Western art and culture. So this program seemed right up my alley.

I chat to Ali Fyffe, curator and saxophonist for Asia in Focus, about her curation process and influences from travels around the continent, along with the excitement for some world premieres and the importance of diversity in programming.

New music from Asia is not particularly prominent in Australia. Would you be able to talk us through what the audience can expect to experience during this concert?

In a lot of ways, it’s the same as any other contemporary classical concert: you can sit in a chair, we all have Western instruments, and you clap at the end of pieces. There are some different colours and sounds, but so much of it is the same, which I think is the beauty of contemporary music — that the language has become so universal.

All compositions are very individual, and there are a lot of blurred lines between styles, whether it’s music from Asia or elsewhere.

Excitingly, we have world premieres and Australian premieres in this concert, and we also have a showing of a short film by Shinkan Tamaki, whose work I just absolutely love — things you wouldn’t find in your everyday gig!

What process did you go through to curate this program, from conception to sourcing and selecting the works?

It was very much a case of my travels inspiring the program. Like anyone who studies in Europe or goes to the United States or travels South America, they come back full of enthusiasm for the music of that place. I’m lucky that our artistic director Evan Lawson was so supportive and interested in showcasing this art after I got back from travelling and couldn’t stop gushing about it!

The program grew organically through collecting together composers I’d heard of or encountered in my travels, adding in big names like Takemitsu, and taking suggestions from the rest of Forest Collective. We’re a democratic group, and it was important to me that everyone found something they liked in the music.

You’ve spent time collaborating and touring around Asia, with some incredible stories about your travels on the Forest Collective blog. Where are some of the other places you’ve visited, and how has this influenced the curation of Asia in Focus?

Touring Southeast Asia really kick started a lot of collaborations. So I returned many times, especially to Malaysia, the Philippines, and Vietnam. I’ve also performed in Taiwan, India, and China, and been to Iran and Japan. Not nearly enough places, I feel!

Including music from Southeast Asia specifically in this program was really important to me after all the time I spent there, and all the amazing music I heard. I’m so excited that we have two Australian premieres to present from that part of the region, matter:antimatter by Siraseth Pantura-umporn from Thailand, and Si fallor, sum by Emily Koh from Singapore/USA.

Even the inclusion of Shinkan Tamaki’s film is a response to my time in Southeast Asia. It’s really popular there to have a visual element to any show, and I met Tamaki while in Malaysia.

Asia is such a vast, diverse continent with a rich history. How else do these pieces tell stories of Asian culture or experience?

We have some more ‘traditional’ Chinese songs on the program, but the majority of the music is very contemporary. You’ll have to come along to hear how each composer uses their own sound world to tell their story!

Culture isn’t static, and can vary city to city, let alone country to country. And accordingly, all the pieces are very different to each other, which I think is a strength of the program. There’s definitely something for everyone.

Why do you think it is important to be diverse when programming a new music concert?

I think this is really just looking around at what the world is actually like, and trying to reflect it in a program.

With older music, the standards are set and the influence is known, and those big names were how the world worked. But the modern world is globalised and edgy and new!

We’re working with pieces that aren’t in the [Western] canon yet and could be, and they could come from anywhere and anyone and be in almost any style. We just need to turn our heads away slightly from Europe and the US sometimes to see what’s out there and play music that moves us, not just what we hear other people playing.

Finally, what is a piece that you are particularly excited about performing?

Alireza Farhang’s La Voix Etheree. It’s a world premiere, which is always exciting, and it’s a beast of a piece that we’ve been working really hard on. The colours are just stunning, and the way Farhang uses extended techniques to create those colours is creative and beautiful.

I know a lot of people have travelled to Asia and not encountered this type of music, so I hope they come away from this concert with a world of new music opened up for them.

If you like, you can say thanks to Carissa for volunteering her time for Australian arts journalism during COVID. No amount too much or little 🙂