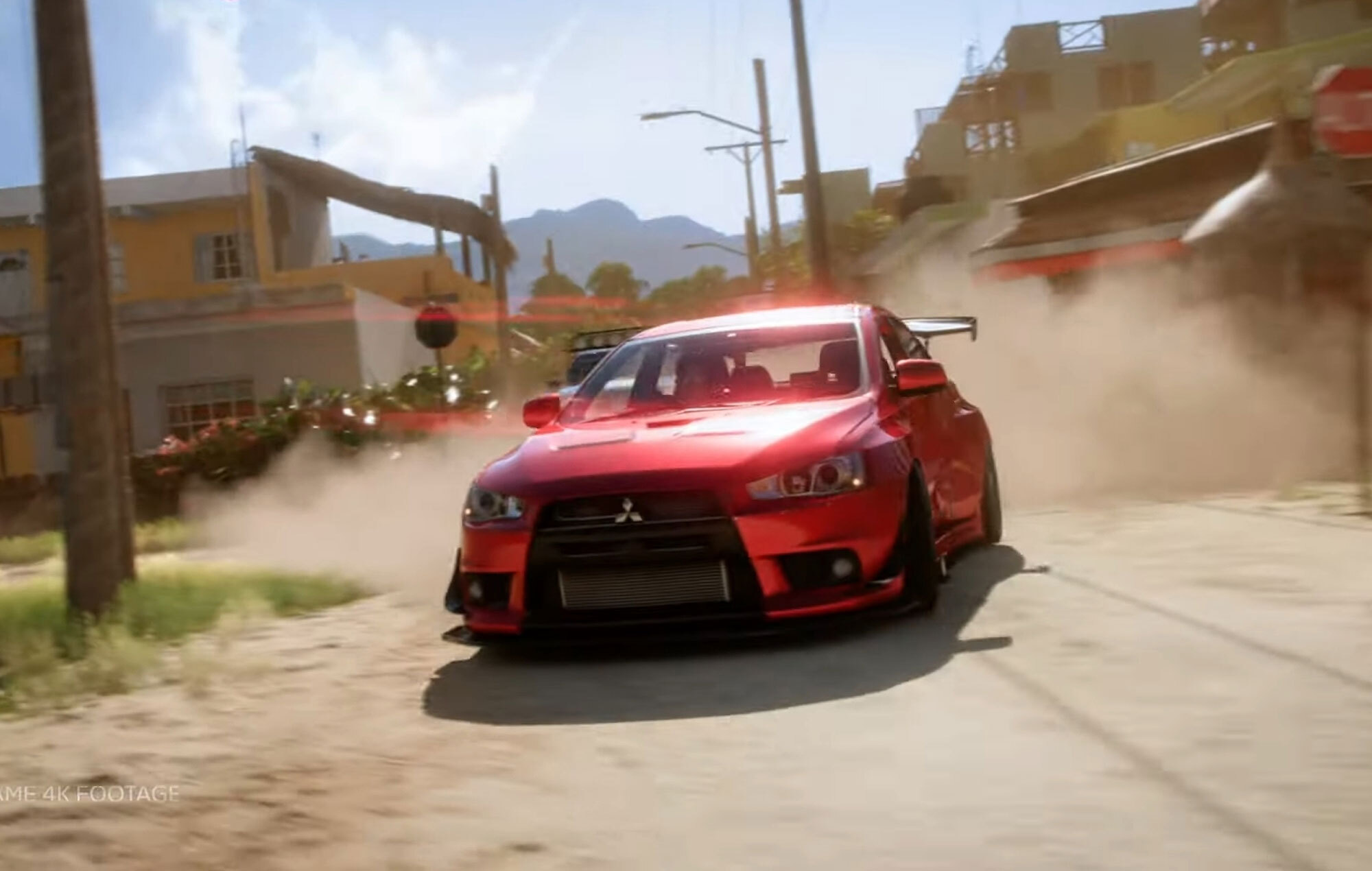 Forza Horizon 5 is officially the next game in the Forza franchise.

While releases had previously alternated between Forza Motorsport and Forza Horizon, Forza Horizon 5 follows up three years after the release of Forza Horizon 4, which is coming to PC and Xbox consoles in November 2021.

Forza Horizon 5 takes place in Mexico, which will feature a variety of real-life environments, allowing players to race through rainforests, vibrant cities, and even on a dormant volcano.

The city of Guanajuato will feature heavily in the game. It is described in-game as an “undulating city of narrow and twisting alleys and streets, quaint plazas, and a fascinating network of underground tunnels.”

Here’s everything we know about Forza Horizon 5:

Not far along the horizon (sorry), Forza Horizon 5 is releasing on November 9, 2021.

Available on Xbox Series X|S, Xbox One, and PC, the new Forza game is available to pre-order now, with three different versions available.

The Standard Edition cost £54.99. This is also free to play on day one via Xbox Game Pass. There’s also a Deluxe Edition for £69.99, which includes the full game and Car Pass.

Forza Horizon 5 got its official reveal during the Xbox and Bethesda joint E3 showcase where Microsoft premiered its official announcement trailer. Captured in-game in 4K, it showed off the stunning Mexican landscapes and weather conditions players can expect to drive through, alongside a diverse variety of vehicles to tackle the terrain.

More gameplay details were provided in a lengthy Forza Horizon 5 official gameplay demo trailer, presented by creative director Mike Brown who calls it “the largest and most diverse open world ever in a Forza Horizon game”.

Taking us through various gameplay features, the trailer begins with an expedition through the rainforest in a new single-player campaign where players will journey through Mexico to explore new locations and discover new places for the Horizon Festival to expand.

However, social play has always been a focus for the series, as the next segment takes us to the Mexican desert and behind the wheel of the AMG Project One Forza Edition while racing other players online. Using Forza LINK, the new AI assistant that intelligently tracks the status of players, it’s easy to Link Up online to play together.

Meanwhile, driving through other locations, Brown keenly points out the details of the natural environment captured on-location through photogrammetry, while the team also used an HDR camera rig to capture 24-hour shoots of real Mexican skies at 12K resolution to recreate photorealistic skies giving dynamic and lifelike lighting.

Driving through this huge open world, the trailer shows how seamless it is for players to jump into a variety of modes and races, which feature modes from previous instalments as well as plenty of new ones that will appeal to players who want to get creative with their own ideas.

Mexico is the new setting for Forza Horizon 5, which is being touted as the largest open world created for the series. Speaking on the Xbox Games Showcase Extended on June 17, creative director Mike Brown said this the choice of location was not due to its scale but because of the country’s diverse geography.

Describing Mexico as “the whole world in one country”. Players can drive in snowy peaks, tropical jungles, large canyons, and beautiful beaches. It also contains historical and modern cities for players to race through.

The game also captures Mexico’s culture, music, artwork, and history, featuring contributions with local creatives for authentic representation. These include mural artwork created by Mexican artists, working with Mexican music acts to create original compositions for the game, as well as Mexican scriptwriters and actors who provide the authentic voices in the game.

Forza Horizon 5 will have seasonal weather changes, although it will differ significantly from its implementation in Forza Horizon 4, which was based in Britain where there is a more temperature climate.

Whereas weather conditions in Forza Horizon 4 would have the same weather affecting the whole game at the same time, the biomes in Mexico are more diverse, which means depending on the location you’re in, different weather conditions will exist in the same season.

Forza Horizon 5 will still feature four seasons, with players experiencing the seasonality change, but more extreme weather events may also occur, such as dust storms in the dry season or tropical storms in the storm season.

With the Horizon Festival touching down in Mexico, Forza Horizon 5 has its own single-player campaign where players are guided on an expedition across the country’s diverse locations. There will be hundreds of challenges that reward players for engaging in the activities they love. It will also feature a number of characters with story missions that have different outcomes.

While not fully revealed, Forza Horizon 5 will feature racing modes from past games, so street scene, road racing series, cross country series, dirt racing series, drag strip, and showcase may all be returning. There will even be a new open-world battle royale mode called The Eliminator, although there aren’t yet details on how this will work.

Another new mini-game is Piñata Pop, where a plane drops a payload of piñatas. Players have to track down the location and work together to pop as many as they can to get the best score.

But there are possibilities for even more modes thanks to the new Eventlab. The new toolset lets players create their own races, game modes, and gameplay experiences, with a whole suite of customisation options.

Forza Horizon 5 will be available on Xbox One, but the game ultimately leverages the power of the Xbox Series consoles to render its vehicles in unparalleled detail.

For players who want to experience Forza Horizon 5 in stunning 4K, this option is available on Xbox Series X, although at the expense of frame rate, which will be locked at 30 FPS.

A graphics mode is also available on Xbox Series S, although this will only be supported at 1080p resolution. Both consoles will include Performance mode that will target gameplay at 60 FPS.

Both consoles also support ray-tracing, although this will not be implemented while playing. Instead, it is being added to the viewing mode Forzavista, to further immerse players in the open world of Forza Horizon 5.