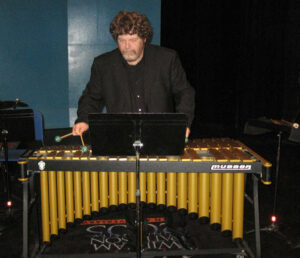 It was saddening to learn that Peter Jarvis has been dismissed from his position at William Paterson University. Jarvis has worked with the New Jersey Percussion Ensemble, WPU’s elite cadre of music majors, for decades, directing the group in countless premieres and all the major repertory works.

The New Music Series at WPU, also directed by Jarvis, incorporated other musicians alongside the percussion ensemble, making it possible for the students to be coached on music from Cage to Carter.

With Jarvis’s departure, it appears that the important work of NJPE will cease. This is a significant loss for the contemporary classical music community. If you would like to send a testimonial on Peter’s behalf, urging his reinstatement, they may be sent to: