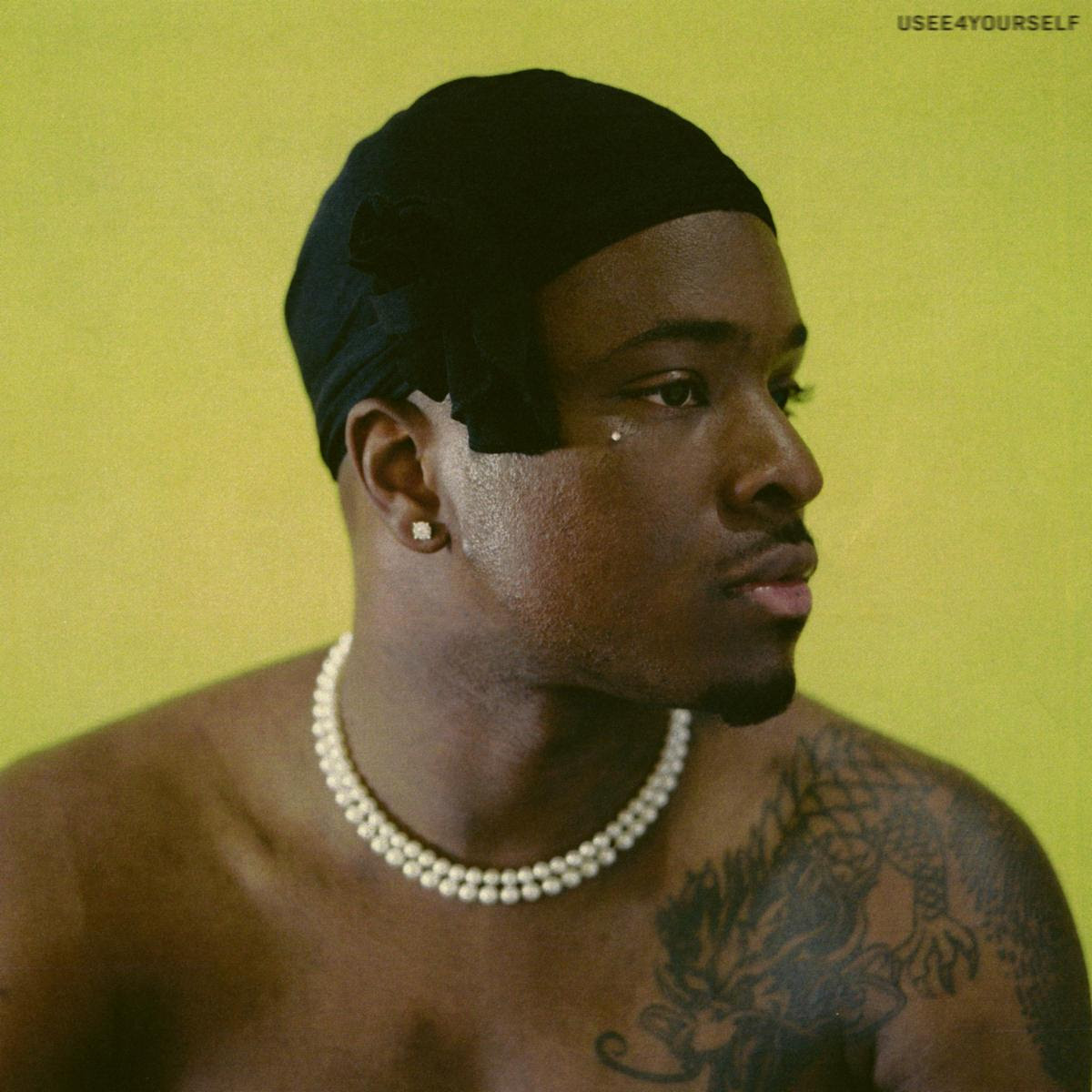 After a five year start releasing mixtapes, IDK released his debut album, Is He Real?, in 2019. And now, two years and a pandemic later, the Maryland rapper is back at it with the release of his sophomore album, USEE4YOURSELF.

“My album USEE4YOURSELF is about the lack of love in my household, leading to the want for love in my friendships and in women, which turned into the misuse of love with my relationships,” IDK says. “This is the result of toxic masculinity instilled in my mind at an early age.”

While Is He Real? questioned the existence of God, the follow-up finds IDK arriving at the conclusion that before one tries to understand religion, they need to be able to fully understand love.

“It’s okay to be religious if that’s what you believe in, but I think that before you understand religion, we should all focus on understanding something that most of us can agree on, and that’s the want for love,” the rapper says (towards his mother) on the album’s closing track, “Closure.”

Is He Real? You see for yourself. Press play on the album below and be sure to add it wherever you consume music.

IDK Peels Back the Layers with ‘USEE4YOURSELF’ Album was last modified: July 9th, 2021 by Shake