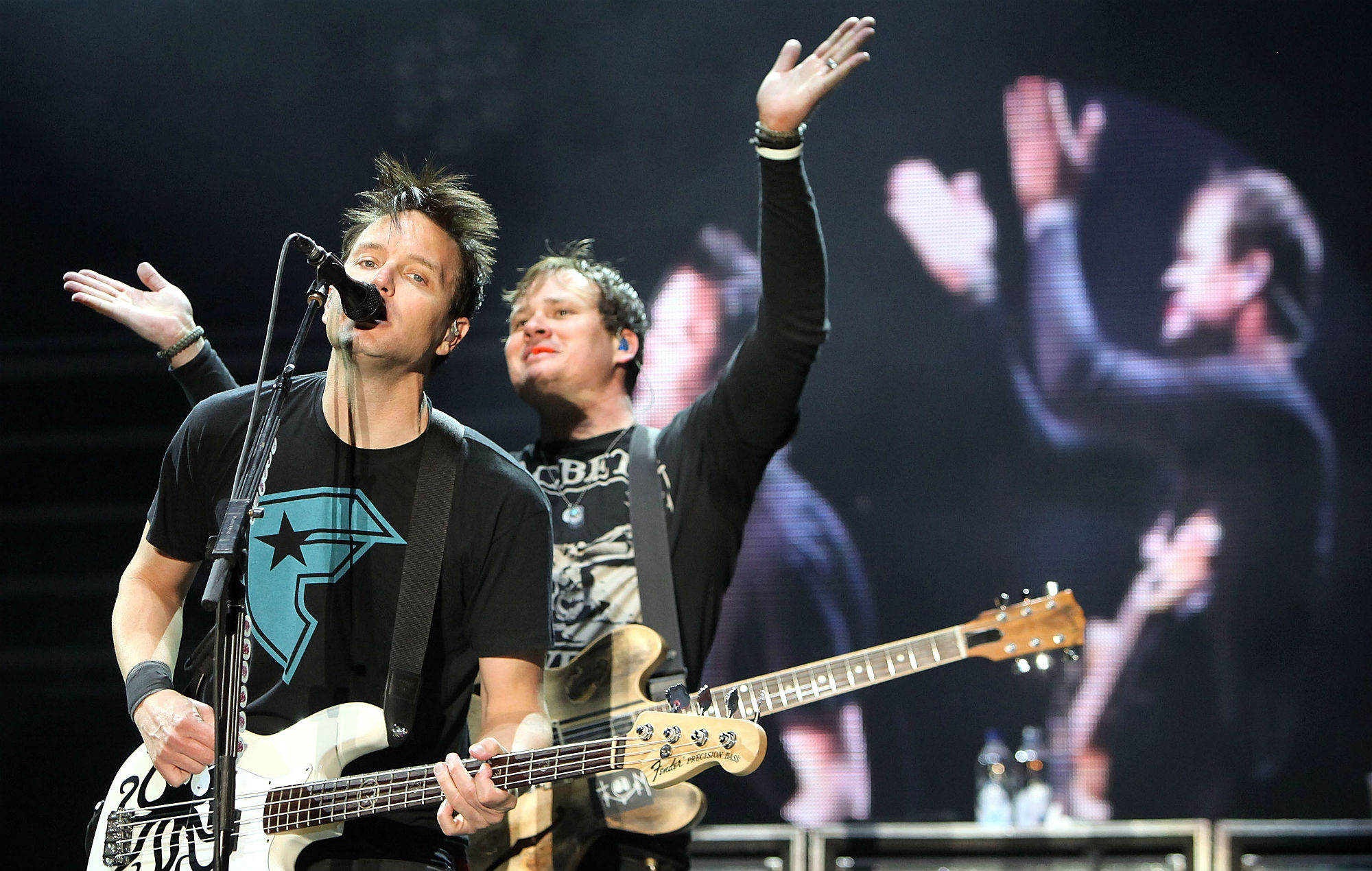 Mark Hoppus and Tom DeLonge have spoken about their favourite Blink-182 albums, while revealing that their friendship is based on a shared appreciation of “dick jokes”.

The former bandmates appeared together on the latest episode of Hoppus’ Apple Music 1 show After School Radio, which was dubbed The Mark And Tom Show.

At one point in the conversation Hoppus asked DeLonge to name his favourite Blink record. “That’s a really good question. God, there’s so many great things about all of them,” he replied.

“I really like, obviously the ‘Untitled’ album [2003] in the sense of the exploration musically that we did there. But I also got to say, when we did ‘Enema [Of The State’, 1999], it was like, I knew that we were doing something in the moment that hasn’t been done before.”

He continued: “But I also feel like, you go back to when you wrote [1997 single] ‘Dammit’ I remember I felt I went through a college course on songwriting. I never really thought of a song as such a simple structure, and it really informed a lot of decisions made later.”

Hoppus went on to ask DeLonge about their longstanding friendship, and why they are able to “pick up like nothing ever happened” after not speaking for long periods.

“Because we appreciate dick jokes in a way that no one else does,” DeLonge replied. “It boils down to only that, there is nothing else. It’s that, in my opinion.”

Hoppus responded: “I think so, because the first time that we met, I think it was dick jokes from the beginning in your garage.”

DeLonge explained that this form of humour was their “dialogue” and “language”. Hoppus replied: “It’s a shorthand. It’s a shorthand we have with each other.”

The conversation comes after DeLonge recently provided an update on Hoppus’ health, with the bassist announcing in June that he was undergoing treatment for cancer. (He was diagnosed with 4-A diffuse large B-cell lymphoma, the same form of cancer his mother recovered from).

Sharing a throwback image of the pair on Instagram last week, the Angels & Airwaves frontman said Hoppus was currently “doing well” and that the cancer was “disappearing”.

“But, he still has more chemo to do,” he added. “As tough as it is, IT IS working! Mark is a real life superhero.”