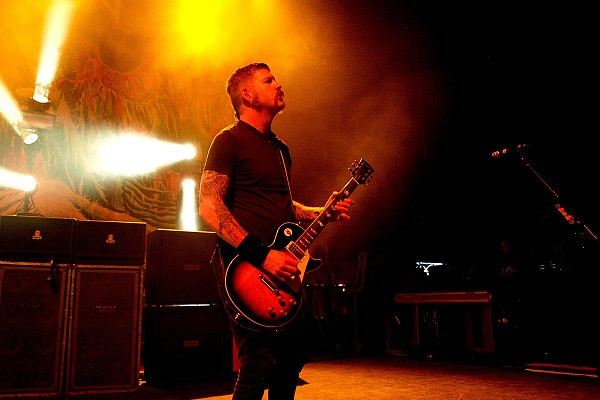 Mastodon recently announced their new album, “Hushed and Grim,” and now, they have a full tour to show off the shiny new tunes. The Atlanta metal mainstays have announced a co-headlining fall 2021 U.S. trek with Opeth and support from Zeal & Ardor.

The cross-country tour sets off Nov. 16 in Asheville, North Carolina, and closes out Dec. 5 in Denver, Colorado. Fans should expect to hear new songs off “Hushed and Grim,” which drops Oct. 29 via Reprise Records.

Mastodon recorded “Hushed and Grim” over the past year with producer David Bottrill in their hometown. A press release calls the new album a “a fully realized manifestation of not only everything Mastodon was, but everything Mastodon can be— and more.” Opening act Zeal & Ardor are also hitting the road with new tunes, as the experimental group drops a new, self-titled album on February 11, 2022.

As for Opeth, the band was beginning to tour behind its latest album, “In Cauda Venenum,” right before the pandemic hit. Now, the progressive metal group is looking to support the set on this tour, after more than a year of sitting on the new record.