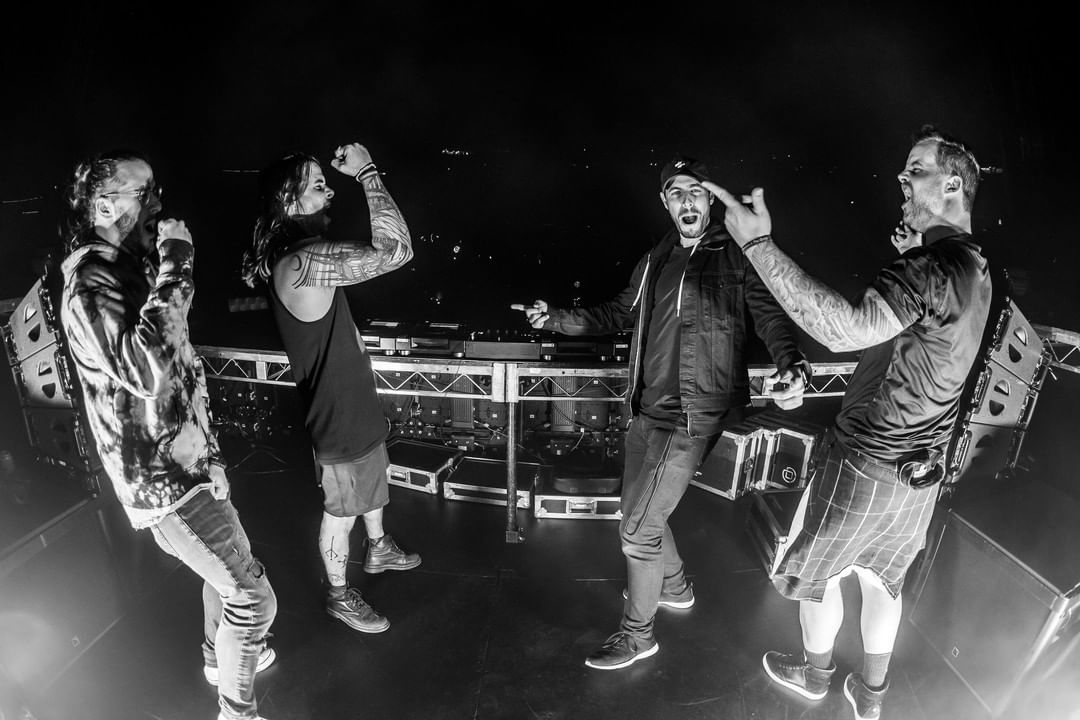 Ophelia Records‘ “Mega Collab” was conclusively the single most eye-catching member of Dancing Astronaut‘s favorite unreleased IDs catalog moving into 2021. It’s been a long road since Seven Lions’ EDC Virtual Rave-A-Thon set in May of 2020, when he first revealed to Pasquale Rotella that a sonic co-venture between a handful of Ophelia’s finest had begun during quarantine and immediately went on to unearth an early version of what would later become known as “Pantheon.” Almost a year and a half later, Seven Lions has brought that journey to its final stop, officially writing the names of his fellow collaborators in stone—six others to be exact—by bringing in Jason Ross, Trivecta, Wooli, Kill The Noise, Blastoyz, and Dimibo to assume their positions on a fitting milestone 100th release for Ophelia Records.

Every single time that a new video of “Pantheon”—dubbed after Ophelia’s coinciding tour that incited in Michigan just a few hours ahead of its arrival—would pop up on Twitter in the months that would follow its initial exposure, it was apparent that the septuplet had been unendingly fine-tuning their collaborative holy grail, and not without good cause. Those fortunate enough to at Electric Zoo were able to witness Seven Lions finally offer the final form of “Pantheon” live from Randall’s Island in all its mind-shattering glory. A release of this weight surely couldn’t come as any run-of-the-mill joint effort, with the seven heads drafting up a mixed stylistic bag of production that includes psytrance, dubstep, and—of course—the label’s bread and butter of melodic dubstep seated directly at the halfway mark. On first glance, one might see the long-winded line of artist credits and immediately think of “Pantheon” as a too many cooks in the kitchen-type ordeal, although it resolves as anything but that, with Blastoyz, Dimibo, Jason Ross, Kill the Noise, Seven Lions, Trivecta, and Wooli aligning to respectively play their own discernible production card and compose a five-minute magnum opus for the Ophelia Records’ ever-growing history books.