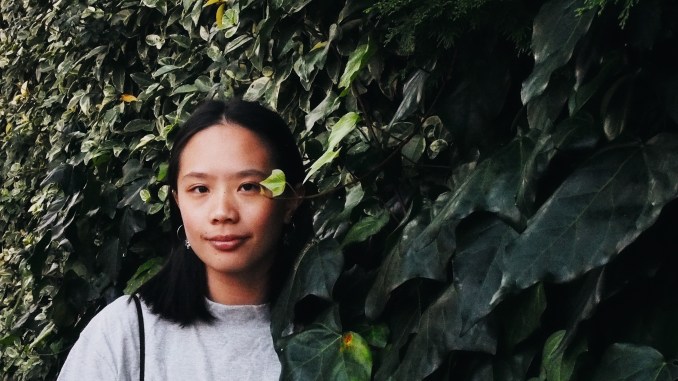 Welcome back to our second instalment of Passing the Mic, a series centring the art of Australian female, non-binary, and gender-diverse composers.

To say this is a turbulent time in the lives of Australians is an understatement, as COVID rears its ugly and increasingly infectious head, and millions of us drift in and out of lockdown. While it wasn’t my initial motivation for the direction of this interview and playlist, our country’s current collective lockdown experience has certainly made today’s subject matter more pertinent.

I’m writing this from my Hawthorn apartment. I’m locked down at the time of writing, once again grappling with this enforced stillness; an unusual occurrence for me, as I’m sure it is for most of us. My days are predominantly accompanied by silence – while I read, indulge in my government-sanctioned walk, scroll mindlessly through Instagram, eat my seventh meal of the day. It’s not something most of us actively seek in our daily lives; rather, we largely treat this sense of silence and stillness as almost uncomfortable, as a void we need to fill.

Silence in music has also been considered as such throughout history; an absence of both music and sound. Today’s interview with Melbourne-based composer Kezia Yap is about her piece, a structure of silences: an exploration of ma, and our playlist features work from Australian female, non-binary, and gender-diverse artists who are also exploring the role of this void in their work, and how the incidental sounds of life become part of their art.

Hopefully this reading and listening will change the way you consider the silence and stillness around you for the next little while. But if it doesn’t, at least it’s something with which to occupy yourself for another hour.

Kezia, you cite your piece a structure of silences: an exploration of ma, premiered at the 2018 Madeira Residency, as a response to a quote about ma by composer Toru Takemitsu. Tell us about your understanding of how this concept influenced this work of yours, and perhaps others.

When learning to be a composer, a lot of what we do is so focused on sound – what does something sound like, and what happens when you put it with other sounds? When I encountered this quote by Takemitsu, I was pretty intrigued, because I had been so focused on the sound that I had never considered what a lack of sound is, and how it influences the way that we listen to and interpret the sound that it bookends.

“A single strum of the strings or even one pluck is too complex, too complete in itself to admit any theory. Between this complex sound — so strong that it can stand alone — and that point of intense silence preceding it, called ma, there is a metaphysical continuity that defies analysis”

In a way, this piece instead tries to bring some focus to absences of sound by putting silence into conversation with a slowly shrinking melodic line.

I know the concept of ma is much deeper than silence and the ways that I explore it within my work, and I hope to keep being able to learn more about it as I continue to develop and expand my practice.

There are multiple recordings of a structure of silences online, recorded at the Madeira residency and at various other venues, and you quite specifically list on each recording the location of the performance – such as inside or outside –  and whether electronics are used. What role does the performance environment play in this piece?

There is almost nowhere you would be able to encounter complete silence – maybe apart from an anechoic chamber – so naturally, the sounds of the environment leak into the whatever it is you’re doing, whether it be the whirr of the air-con, or the shuffling of someone sitting behind you, or maybe it’s the wind rustling in the trees outside the venue, or the honk of the train that goes past.

In this case, the sounds leak into the whole work, but they’re much more present in the moments of silence, becoming a part of the piece.

I think it’s important to acknowledge that, and I think it’s what makes each iteration of the piece come into its own, and lose its ability to be replicated. It becomes unique to that space and that time.

Rather than thinking about it as a single standalone piece, I’ve started to think of it as a structure to experience an environment.

The use of electronics is something you explore throughout a number of your works, but in this particular piece their use is optional. I’m really interested to know why you’ve chosen to do this, and what effect it has from performance to performance.

Often, pieces we write are an exercise to test new ideas, or an opportunity to workshop ways of composing. This piece was written for a residency where I was given the opportunity to workshop and rehearse this piece with a very talented and experienced new music flautist, Keiko Murakami. I wrote this work when I was still fairly new to using live electronics with acoustic instruments, and I was keen to improve and hone the ways in which I used and operated them as a composer, conceptually, technically and logistically.

As I developed my understandings of the concepts more, I found myself debating what the purpose of the electronics were. The way that I often think about electronics is as another element of the piece that interacts with and speaks to the other elements; essentially, another instrument. I found it difficult to see where it fit into the concept of this work, which was so centred around the conversation between the flute and the silence. Through conversations and testing different perspectives, I found that within this work, it didn’t necessarily have to be a separate element to the flute, rather an extension, so that the interactions were not between flute, electronics and silence, but rather between sounds produced – flute and electronics together – and silence.

Many of your works explore similar notions of space, and interactions between different elements of sound or performance. I’d love to know what draws you to this particular understanding of music.

I’m interested in how music can be active and experiential, not just for the listener but also for the performer.

I think this kind of experience comes through interactions between various elements that may be present through rehearsal and performance. So often, music can be written outside of the world, with perfection in conditions and performances in mind. I’m less interested in this within my practice. I am more concerned with what could be different from performance to performance, and I think this is encapsulated within the different interactions that could exist between people, space, and sound; and the way that these allow the works to be living, breathing, and changing entities.

You’re currently collaborating with several Australian women musicians on the SHARING SPACES project, which we’ll hopefully able to see and hear later this year. Tell us about it!

SHARING SPACES is a series of new works written by and for emerging female new music practitioners.

It was released at the end of June, and featured three new works I’ve written for, and in collaboration with, percussionists Kaylie Melville and Madi Chwasta, flautist Hannah Reardon-Smith, and violinist Flora Wong; as well as a new work by Sydney-based Alexis Weaver and Jessica Scott.

The three pieces I’ve written (Space 1, Space 2, and Space 3) are based on poetry by Eileen Chong that she wrote about the Sydney Botanic Gardens, and I’m super excited for you to see and hear them!

And our final, very serious and important question: What’s something you love about being a composer?

Trying to create new, different, or challenging experiences for listeners. And of course working with really cool people.

Kezia Yap: a structure of silences: an exploration of ma for flute and live electronics (2017)

Kezia Yap: it melted with the rain for alto flute, clarinet and cello (2017)

Annie Hui-Hsin Hsieh: Song, for a place, lingering and dissipating for violin and voice (2018)

Shout the writer a cuppa?

If you like, you can say thanks to Lily for volunteering her time for Australian arts journalism during COVID. No amount too much or little, and any amount appreciated 🙂

Pay what you like securely via PayPal, 80% goes to our writer and 20% to our volunteer editor.