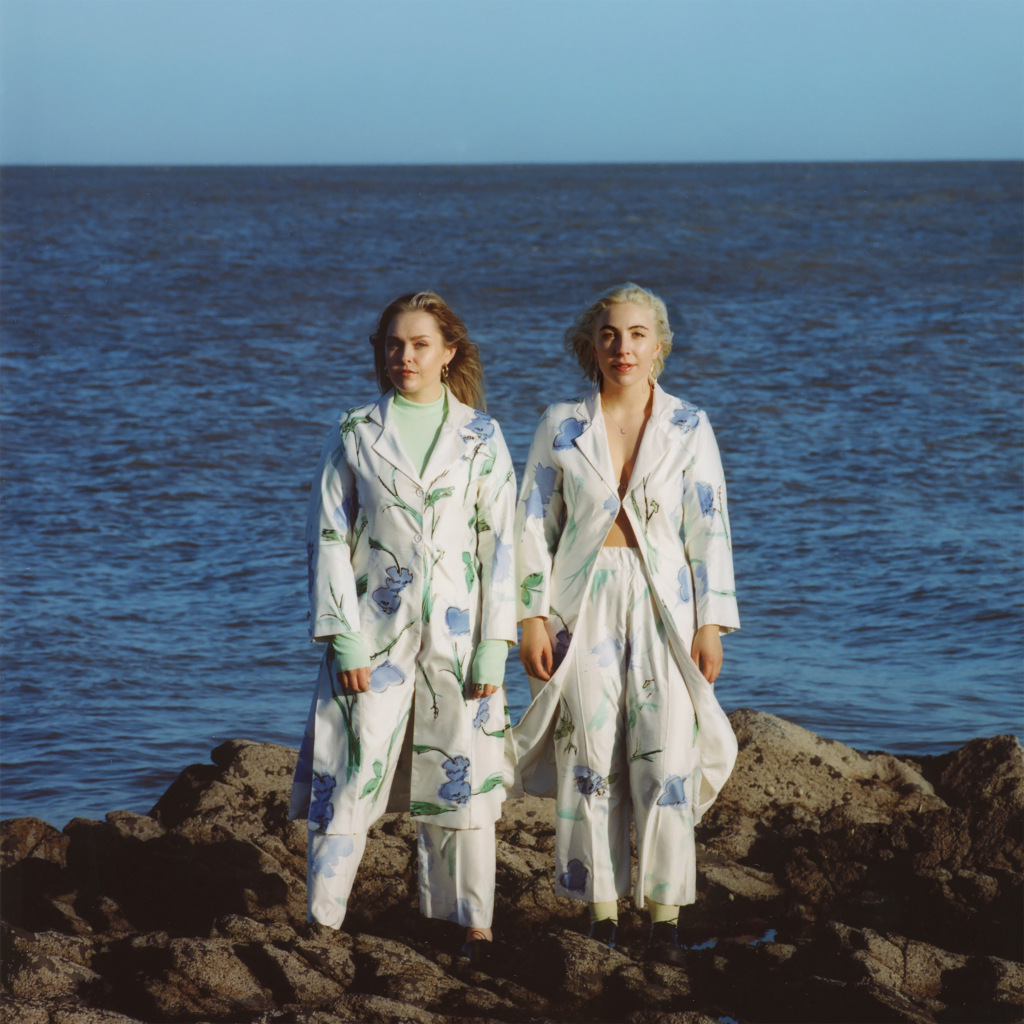 The nuances and depths of colour are illusionary to me. However, listening to Where I Should End is how I imagine they would sound. Saint Sister have a painterly air to them. Their music flourishes and gestures in harmonies and melodies like paint on a canvas, with their sophomore release sounding vivid and brilliant.

‘My Brilliant Friend’ opens Where I Should End by reintroducing the listener to the soundscapes that made their debut Shape Of Silence so compelling. Widening the scope, the song layers Saint Sister’s music subtly with a backdrop of washing textures that convey the record’s defined sense of space in comparison. Contrasting the organic production of Shape Of Silence, Where I Should End enters the abstract, alive with vibrant creativity.

Indeed, Saint Sister’s songwriting has also grown. Infusing Where I Should End with blended elements of pop and synth-wave, tracks like standout single ‘Karaoke Song’, the electronically propellant ‘Any Dreams?’ and soft-synth slow-burn of ‘Date Night’ add to the broad sonic spectrum of the album.

This is not to say the enchanting harmonies that form the core Saint Sister are not present. Throughout Where I Should End, the duo strip things back to the raw beauty of their vocal weaving, with songs like ‘Manchester Air’ and ‘Dynamite.’ conveying the delicate intricacies of their sound perfectly. This instils a sense of progression from their debut to sophomore outing.

However, the lowlight offering ‘The Place That I Work’, featuring Lisa Hannigan, dominates the foreground. Breathtaking from start to finish, the affecting atmospherics on display makes for a genuinely captivating listen. A masterclass in harmony weaving, the track lasts long after listening.

And so it goes, Where I Should End is the sound of Saint Sister working on a larger canvas with a more extraordinary colour palette. Threading the needle from Shape Of Silence to now, Where I Should End highlights the duo’s ambition to add layers to their music. As I said initially, colour isn’t my strong point, but Where I Should End alludes to a more vivid world through the medium of sound.