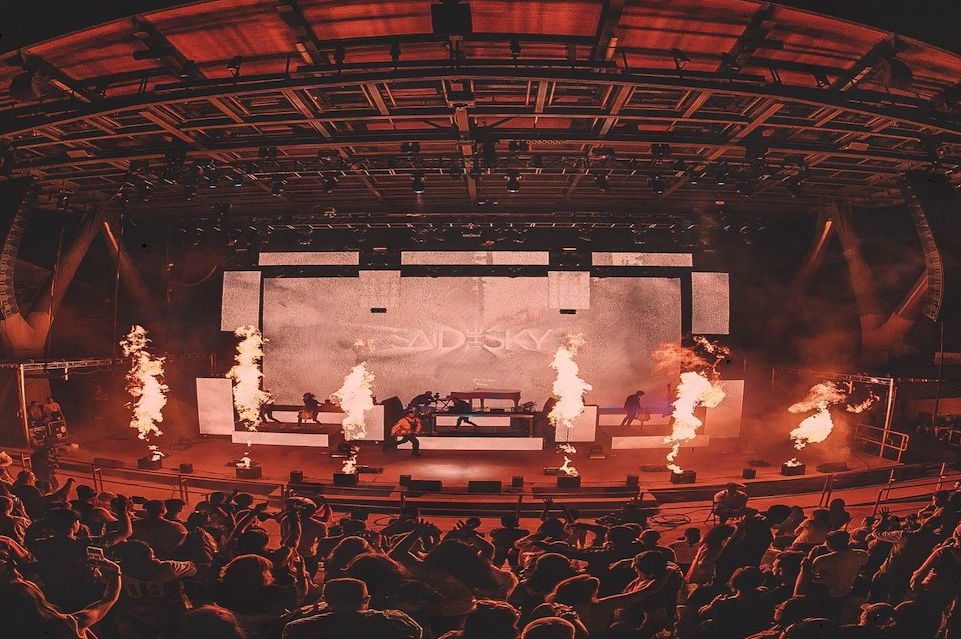 Collaborating with one of his all-time favorite bands, Said The Sky teams up with pop-punk sensation The Maine on his latest output, “Go On Then, Love,” following closely behind his heart-wrenching August release, “Treading Water.”

The melodic scene-maker’s most recent excursion features a more uplifting refrain alongside The Maine’s elevating vocals for what fans are calling reminiscent of summer 2016. Building up to a rhythmically-driven, climactic instrumental guitar and drum break, the track calls forth the emotive producer’s ability to bring forth an innately sentimental sonic experience.

Releasing “Go On Then, Love” in tandem with the track’s own music video as the third and final video in his latest trilogy, Said The Sky captures the essence of a relationship and the trials that come along with it. The producer commented on the most recent video on Instagram earlier this week stating,

“‘Go On Then, Love’ is the third and final video in this trilogy, and before the video is released, I need to warn you that this is not a love story. Life is complicated, people are flawed, and relationships are hard af. That’s what I wanted this series to show.. Real, authentic, flawed people like you and I.”

Watch the music video for “Go On Then, Love” below.

Tags: go on then love, music video, said the sky, the maine