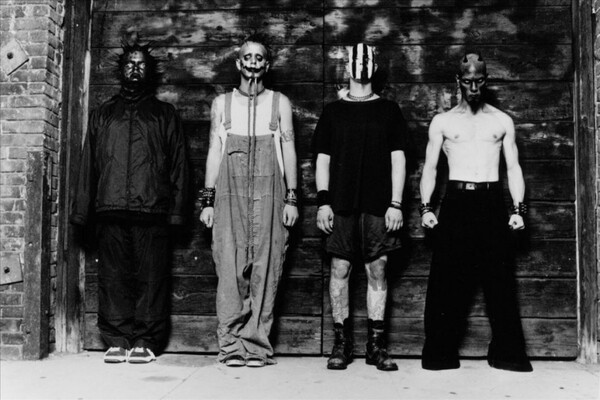 After months of teasing their return, Mudvayne reunited for the first time in 12 years over the weekend. The nu-metal behemoths headlined Saturday night (Sept. 11) of the 2021 Inkcarceration Music & Tattoo Festival, performing a set packed with Mudvayne hits from the early-to-mid 2000s.

Inkcarceration took place at the Ohio State Reformatory, famous for being the same location “Shawshank Redemption” was filmed in Mansfield, Ohio. The festival also featured Slipknot, A Day to Remember, Rob Zombie, Mastodon Chevelle, Asking Alexandria and a plethora of other hard rock and metal acts.

Mudvayne announced their big reunion in April 2021, marking their first time back together since 2009. All of Mudvayne’s 2021 reunion dates are at Danny Wimmer Present festivals, including Inkcarceration; Louder than Life in Louisville, Kentucky; Aftershock in Sacramento, California; and Welcome to Rockville in Daytona Beach, Florida.

“In our fan surveys, Mudvayne has consistently been one of the most requested bands — even though they weren’t an active band!” Wimmer said in a statement.

View the full Mudvayne setlist and watch some fan shot videos below.