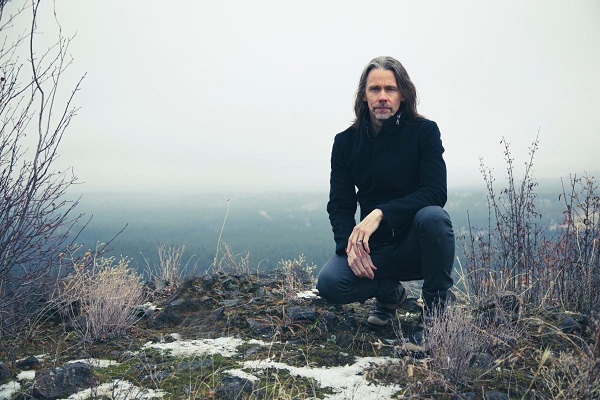 Review: Myles Kennedy is back with his sophomore solo album, “The Ides of March,” and the album features triumphant lead guitar work and strong vocals

Myles Kennedy needs no introduction. The talented vocalist divides his creative time between singing leads in Alter Bridge, singing and writing with Slash of Guns N’ Roses and working on his own solo music.

Kennedy released his debut solo album, “Year of the Tiger,” back in 2018, and the set featured an array of acoustic, mellow gems. The stripped-down dynamic of “Year of the Tiger” was quite a divergence from Kennedy’s work in Alter Bridge and with Slash, and fans embraced the new, different sound and style.

Now, Kennedy is back with his sophomore solo record, “The Ides of March,” and never one to repeat himself, the new records finds him once again reinventing his sound. Gone, for the most part, are the unplugged passages, instead replaced with Kennedy’s ripping electric guitar playing and meaty, hard rock vocals. That’s a good thing, especially for fans of Kennedy’s heavier work.

“The Ideas of March” kicks off with “Get Along,” a socially conscious song about the 1991 L.A. riots. “Why don’t we all just get along,” Kennedy ponders in the electrified chorus. The song, also like much of the album, features Kennedy’s lead guitar work, a treat listeners don’t always hear when Kennedy is with Alter Bridge and Slash. “A Thousand Words” follows with a funky, fun rhythm delivery.

As the album continues, a hint of country plays in. “In Stride” features some cool slide guitar and a jam session between Kennedy and his band, offering a blues flavor. Speaking with Audio Ink Radio, Myles Kennedy explained his love for country, which comes out on “The Ides of March,” saying, “I found this cassette somewhere, and I don’t even know where it found it. It was like a greatest hits of Willie Nelson at one point, and I would drive around in my car and with this cassette just blaring it all the time. I think that may have been one of the early introductions into the world of country.”

As the album moves on, each track flows into the next, but also offers something different and fresh. The result is an exciting, dynamic record that never repeats. The album’s title track is a highlight, with a huge, ’70s rock sound that recalls classic rock greats such as Led Zeppelin and even a hint of Aerosmith. At nearly 8 minutes, “The Ides of March” is an epic tune that begs to be listened to on repeat.

With “The Ideas of March,” Kennedy has proven, once again, that’s he’s as versatile as he is talented. As with his solo debut, Kennedy shows off his strong songwriting skills, but this time around, he takes things to the next level with full group arrangements and a bevy of lead guitar work. “The Ides of March” is a must-listen for any fan of guitar rock, or simple music that rocks.

Listen to Audio Ink Radio’s interview with Myles Kennedy below, and subscribe to the podcast on Apple Podcasts here and Spotify here.